One Life One Soul

The Movie
"One Life One Soul"

Gotthard is not only an Alpine massif that separates north and south, but also a rock band that has been sounding the stages and the airwaves for over 25 years. Leo Leoni and Steve Lee founded one of the most successful Swiss rock bands with over two million albums sold worldwide. Filmer Kevin Merz also comes from Ticino and has broken down the history of the band. He describes the beginnings, talks about talents, dreams, hard work and arguments with the producer Chris von Rohr, about the success and loss of the singer Steve Lee. 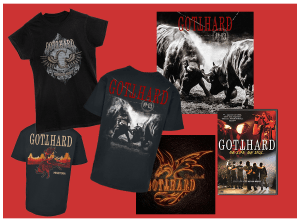