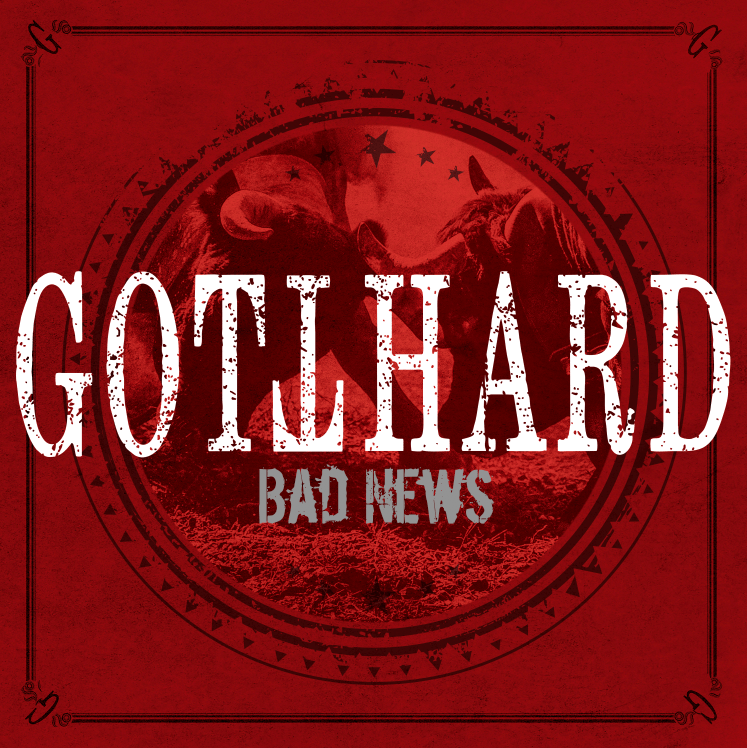 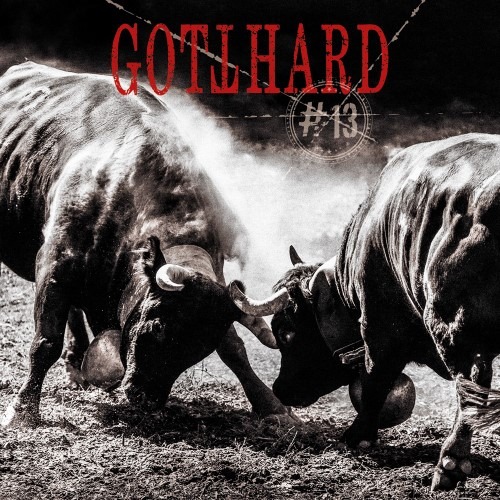 When it comes to Swiss Rock, GOTTHARD are the first that come to mind. After starting 28 years ago in Ticino, the multi-platinum rockers have more than earned their spot amongst the top of the pile.  And now, after 16 #1 albums, over three million records sold worldwide and numerous global awards, one would expect Leoni, Lynn, Habegger, Scherer and Maeder to take a little time off. No chance. With more than 2000 live shows all over the world and countless headlining tours under their belts, GOTTHARD show no sign of exhaustion and announce the follow-up for their successful acoustic-album ‘Defrosted 2’. A brand-new album, that proves that this band still have so much Rock’n’Roll left to give. Their 13th studio album is simply titled ‘#13’, a deliberately understated title for a record that needs no further explanation.

There are no long introductions as the band shift straight into gear with opener ‘Bad News‘, Nic Maeder giving full power right from the off. On top form as usual, he provides an impassioned vocal performance inspired by the pounding drums and wild guitars. ‘Bad News’ alongside love song ‘Marry You’ – were created during a song writing session with THE HOOTERS mastermind Eric Bazilian. The opener and songs like ’10,000 Faces’ are exactly what true fans have come to love about GOTTHARD – fiery, headstrong rock’n’roll armed with the finest song writing. To put it simply, this is classic GOTTHARD at their best. ‘#13’ proves to be one of the most diverse albums of the band’s career. Any filler? Absolutely not – instead there’s an exciting mixture of fast and hard elements such as on ‘Every Time I Die‘, straight-forward lyrical messages on ‘Man On A Mission‘, old-school blues-rock on ‘Another Last Time‘, epic Ballads like ‘I Can Say I’m Sorry‘ and unbridled 70’s psychedelia on ‘Rescue Me‘, the immensely energetic closer.

GOTTHARD’s passion for experimentation is clear on the first single. The eccentric ‘Missteria‘ combines an unmistakeable rock structure with flourishes of oriental instrumentation and is a perfect basis for the video, that was recorded at the Madi-Zelt in Berlin. As an additional song writer, the credits list no less than STATUS QUO’s Francis Rossi himself, who has worked with the band previously on their 2018 song ‘Bye Bye Caroline’. Another very special moment on „#13“ is a cover version of ABBA‘s world-famous Hit ‘S.O.S‘. A deeply emotional rendition of the evergreen classic, that reached #1 in seven countries in 1975.

The artwork of ‘#13’, which was created by Thomas Ewerhard (AVANTASIA among others), depicts the ‘Combats des Reines’ or ‘Fight Of The Queens’ is a traditional cow fight that takes part in the Swiss canton of Valais. As opposed to the Spanish Bullfights, the ‘Combats des Reins’ are mostly harmless for the participating cows, due to the lack of human involvement. The event takes place in front of up to 50,000 spectators and conclude with the election of ‘La Reine des Reines’ or ‘The Queen Of Queens’. ‘#13’ was produced by US producer Paul Lani, who has worked with the band previously on “Homerun”, while Leo Leoni upheld the role of co-producer for the album. The recordings of ‘#13’ took place at the Yellow House Studio in Lugano, while the mixing was done in Los Angeles and the final touches were added by the renowned Darcy Proper at Valhalla Studios in New York. This time, Alex Motta (CoreLeoni) delivered the studio drums to replace the still pausing Hena Habegger.

GOTTHARD remain active as ever on the live circuit, with 2020 seeing the band return to tour in their home country and return to the same venues where it all started more than 25 years ago. Their fellow countrymen SHAKRA will join them on the road. Ahead of that, GOTTHARD are bringing MAGNUM on tour with them in Germany. The cult-rockers from the UK had previously been joined by GOTTHARD for a European tour. Both tours promise to be packed with the unforgettable GOTTHARD classics as well as a host of new tracks from the band’s newest album.